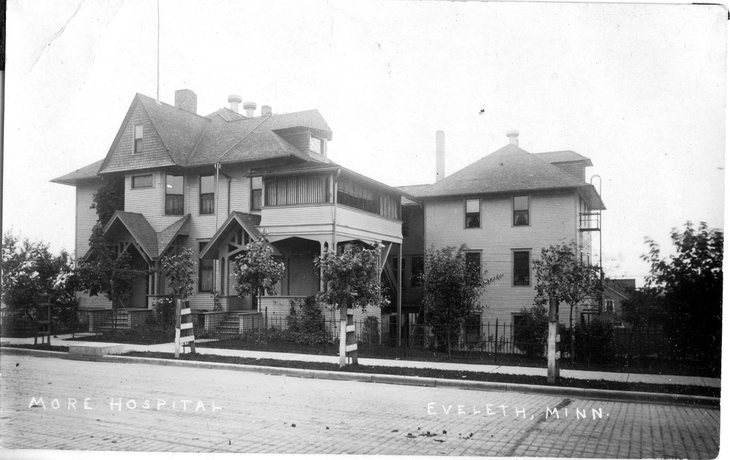 Courtesy of Archives and Special Collections at the University of MN Duluth
The More Hospital, owned by Dr. Charles W. More, was completed in early 1901 and was originally a 20-bed facility. It officially served employees from the Spruce, Adams, Sparta, and Pettit mines, as well as the general public. Members of the early staff were Dr. More, Dr. F. W. Bullen, Dr. W. A. Day, Dr. F. J. Pratt, Miss L. N. Trafford, Miss Hattie West, John Sweiger, and Miss Clara West was stenographer and clerk. The hospital's first x-ray machine was installed in June 1902. By 1919, the three-story building was serving more than 600 patients a year.  In 1927, it was accredited by the American College of Surgeons, the first hospital on the Range to receive the honor. In 1943, the More Hospital and clinic were sold to Dr. F. R. Kotchevar, Dr. Harry B. Ewens and Dr. M. L. Strathem. Dr. More died in 1947.
​An October 1955 newspaper article stated, "The hospital has been operated for many years at a considerable financial loss and has been subsidized by the physicians who own and operate it." The State Fire Marshal declared the building unsafe for use as an acute hospital, and hospital owners determined that it would be cost prohibitive to remove fire hazards. Furthermore, a hospital of that size and type was no longer economically sustainable, and keeping the hospital open would be detrimental to building a new hospital in Eveleth. The More Hospital closed on December 31, 1955, after serving the community for over half a century. 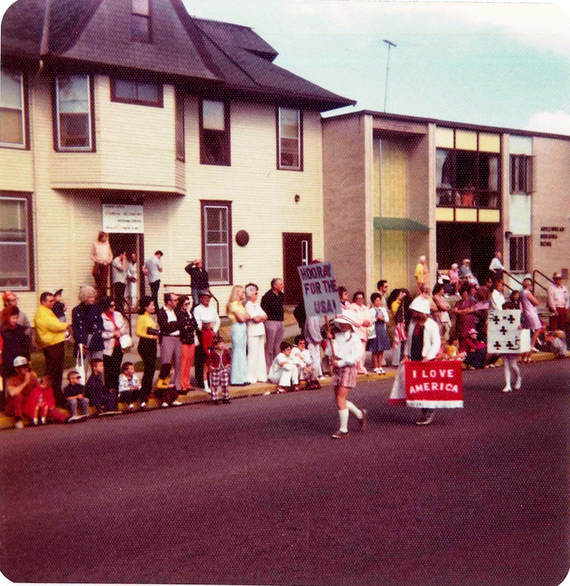 The former More Hospital (left), later incorporated into the Arrowhead Nursing Home. The roofs over the porches are missing here. This photo, taken circa 1970, is courtesy of Rose Judnick.
​The following year, the Arrowhead Nursing Home, later known as the Arrowhead Health Care Center, opened in the former hospital, and originally contained 45 beds. ​A new wing opened in January 1962. The old hospital was eventually demolished, and a new addition was completed 1981. A comment on our Facebook page said, "When they tore down the More Hospital and built the nursing home they kept a portion of the old building and incorporated it into the new building. It is located in the old boiler room." The nursing home is currently ​St. Raphael’s Health & Rehabilitation Center.
Sources:
History of Eveleth, Minnesota by Margaret More, 1947
"Eveleth Hospital Owners Re-affirm Dec. 31 Closing." Mesabi Daily News October 26, 1955
Eveleth's Diamond Jubilee Souvenir Booklet, 1967
A Century of Fame, Eveleth's Centennial souvenir booklet, 1992